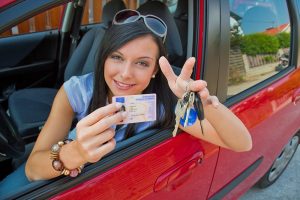 The Alaska Division of Motor Vehicles, based in Anchorage, serves the state with 31 offices. Statewide, the division issues more than 230,000 drivers licenses and state identification cards each year, as well as state employee ID badges. The division provides cards on-demand to residents and recently began printing mail-in renewals at its main office.

The Challenge
Alaska is known for its stunning natural beauty and remote areas. But that remoteness poses unique challenges for the state’s Division of Motor Vehicles. Getting card printers to isolated communities, and keeping them running smoothly, hasn’t been easy.

“Many of our communities are not accessible by road,” said Jonathan O’Quinn, data processing manager. “Getting printers out there and in one piece is always a challenge. We fly them in or ship them and sometimes something has rattled loose.”

Repairs kept printers out of commission and the information technology (IT) staff tied up. Regular maintenance added up to considerable hassle for the division. When necessary, shipping those printers back to the manufacturer required even more downtime and cost.

Most of the one- and two-person offices were without spare printers. If the printer went down, cards couldn’t be issued from that office for up to a week. “Having a printer down in a small office was a major inconvenience for customers, some of whom travelled from small villages by boat or snow machine,” said Stacy Oates, administrative officer.

Moreover, with extensive testing?and the waste that goes with it?the cost of printing supplies added up quickly. In fact, the division had a high consumable waste of 30% which increased costs considerably.

To reduce maintenance headaches and costs, the Alaska Division of Motor Vehicles had to find another card printing solution.

The division replaced its entire fleet of direct-to-card printers with Zebra?’s ZXP Series 8 retransfer card printers and laminators, giving them high-quality, on-demand cards. Alaska has the lamination and security features it requires along with much-needed high reliability and print quality. 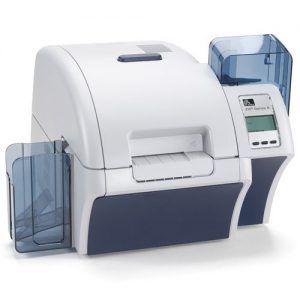 Alaska rolled out the ZXP Series 8 to 31 locations statewide, from Barrow to Dutch Harbor, and did so remarkably fast. With the division’s prior printers, deploying statewide units required more than a year. This time, it took just two weeks.

Contributing to the easier deployment, staff at each of the locations could get printers up and running on their own, largely without IT support. Zebra provided training videos and very clear written instructions. The accompanying software further simplifies use.

“The driver is so easy that a non-technical person can use it,” O’Quinn said.

Instantly, the ZXP Series 8 exceeded previous printers at the division for reliability, print quality, speed and consistency. Before, the division could print approximately 5,000 cards on a direct-to- card printer before the unit’s end of life. With the ZXP Series 8, offices run tens of thousands of cards.

Because the models hold up under heavy printing longer, the division no longer taxes its IT team with constant repairs or needs to replace printers on a regular basis.

The ZXP Series 8‘s picture-perfect image quality means that color stays consistent across all printers. Before, color varied between printers.
“We had to adjust color on prior models to attempt to get something consistent,” Oates said. “Cards printed on the ZXP Series 8 look tremendous. Retransfer print technology is very impressive. Now you print from any office and all drivers’ licenses look the same.”

On the busiest days of the year, the main office in Anchorage can print as many as 1,000 cards. As the office takes on mail-in renewals, its volume will increase significantly. With the speed of the ZXP Series 8, the high-volume office is well-positioned to handle that volume with a 24- second turnaround on continuous printing and laminating.

“We used to take three printers at our main office to service customers. Even then, our customers would have a significant wait time if one of the printers went down. Now, our staff can’t take pictures fast enough to outpace the one ZXP printer we now use.,” Oates said.
Additionally, spare printer requirements were reduced by a third due to increased performance.

Results
The majority of ZXP Series 8 printers have been in place for months without requiring attention, which has significantly cut maintenance time. Previously, the equivalent of 1.5 staff members would work on printers continuously. Additionally, shipping required at least a part-time warehouse person. Now, IT staff members focus on programming, and warehouse staff members spend less than an hour a week on shipping.

“The biggest impact is on our customers, particularly those visiting small offices,” said Oates. “The reliability of the new printers is so good, we rarely have an office out of commission due to printer problems.”

The total number of printers required dropped from 58 to 41 and the division cut its use of consumables dramatically. With less testing and fewer errors, the state reduced its consumables waste by more than 90 percent. All that adds up to a lower total cost of ownership.

On top of the reliability and cost efficiency, Alaska values its working relationship with Zebra. For any issues, Zebra provides fast phone support or in-depth, onsite testing and analysis as needed.

“Zebra has done everything we asked of them and more,” stated Oates. “As far as I’m concerned, support is second to none. We now have super support and a super product.”